Some insider info. from the Friends of Alexandra Palace Theatre: 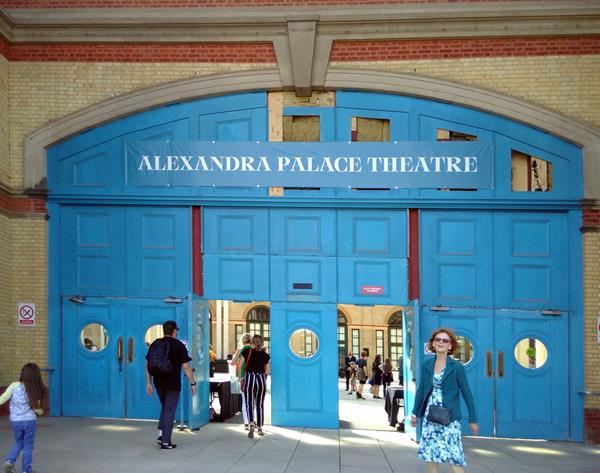 The Prom on 1st September in the reborn Ally Pally Theatre was the first full public performance in the theatre for 84 years.

On the previous day, it was all hands on deck preparing for the evening rehearsal before an invited audience, with any member of the Palace’s staff who could be spared – including the senior managers of both AP and builders Willmott Dixon – cleaning floors, wiping down chairs and removing rubble and rubbish. The theatre, with the orchestra and singers on a stage built at the front of the auditorium, looked resplendent. Both the audience and the performers seemed equally enthusiastic and for many of the staff who have worked so hard to deliver the project, it was also an emotional moment.

At a reception before the concert on Saturday afternoon, AP chief executive Louise Stewart paid tribute to the Friends of the Theatre for their campaign to bring the theatre back into use. The Prom was attended by both the BBC’s head of Radio 3 and the head of the Proms. They commended the acoustic in the auditorium – which is an excellent recommedation.

The BBC Concert Orchestra will be back at the theatre in December with a Friday Night is Music Night live broadcast. Tickets are still available for some of the December events. The AP Prom is still available to listen on the BBC iPlayer Radio.