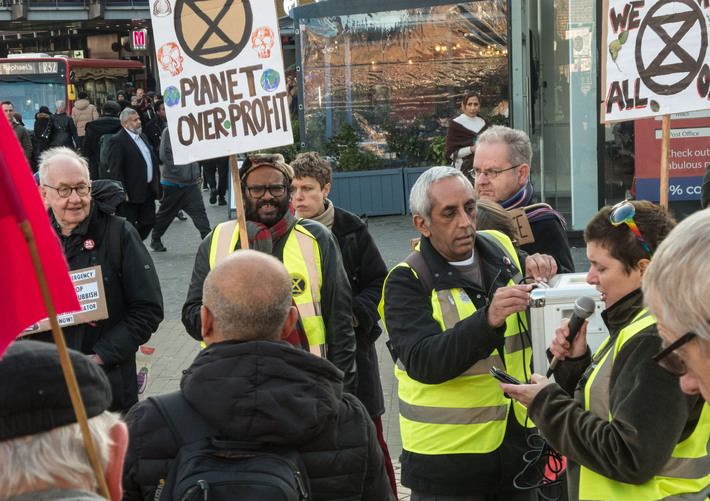 The huge turnout of school and university students worldwide to demand action on the climate and ecological emergency, in the runup to the UN climate summit COP25 next week, has received good coverage in at least some of the media. There was also a good turnout of older people in support for the students – some on strike themselves, others not – which got less coverage.

People from a wide variety of groups came together in front of Wood Green Library for a lunchtime protest organised by the Campaign against Climate Change, including: Trade Union representatives from Unison (Haringey Council branch), the University and College Union, and Unite;  Friends of the Earth, Extinction Rebellion (Muswell Hill, Enfield and other areas of Haringey), Stand up to Racism and the Labour Environment Group;  also our MP Catherine West, local Catholic Priest Joe Ryan, and the head of Carbon Management at Haringey Council, Joe Baker. There were some rousing speeches, and lots of discussions with local people thronging Wood Green High Road. 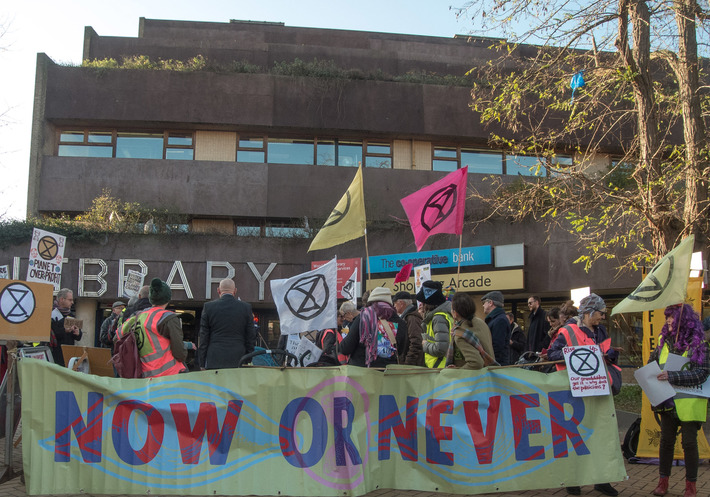