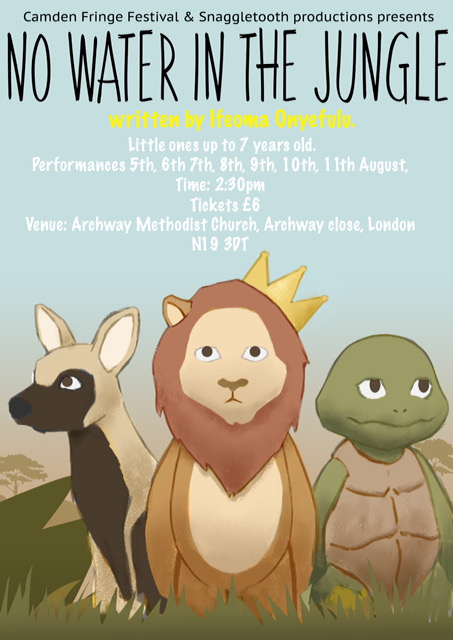 A play to get children thinking about climate change.

Snaggletooth Productions puts children at the heart of its creativity to entertain and spark the imagination.  Tickets £6, available from www.camdenfringe.com. Contact Snaggletooth productions at childrenstheatrelondon@outlook.com Tel: 07759350059