“Fascinating”. “I love all this stuff”.  “Very interesting indeed.”

This was the response I received from local neighbours when I shared three historical maps of the area with them. And to kick start a couple of articles about Alexandra Park’s local history I am sharing them on the APN website.

Let us start with the 1894 map. And feel free to pull up an internet map to compare and contrast. On first glance it seems difficult to reconcile what it represents with the area that we live in today because there seems to be very few buildings but plenty of fields and tree lined open spaces. And many of the local roads that we know so well don’t seem to be marked at all. Let me try and fill in some of the gaps.

In the middle of the map, where there is a crossroads between Alexandra Park Road and Queens Road to the north and the Avenue to the south. That crossroads still exists and it’s where the Maid of Muswell pub can be found. 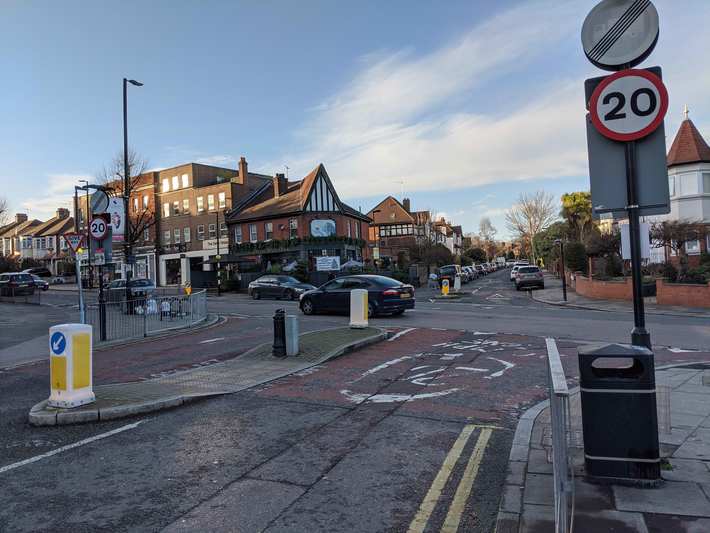 The Queens Road listed on the map seems to have become Grosvenor Road but quite a lot of the 1894 map is very similar to today including the bends in the roads.

Albert Road is pretty much the same as today.

There is a small building called Tottenham Wood house in the location of where Rhodes Avenue and Alexandra Park schools are now. Also, there is a larger building marked “Laundry”. A laundry for who you might wonder? There doesn’t seem to be any houses nearby! More about this laundry later.

Heading east, and close to the edge of the map you see some more buildings and a listing for Victoria Road. In 1894 the road looks very small, but again that part of the road has got the same characteristics as present day Victoria Road. Just off the map around there (and we are going to have to imagine this) would have been the Palace Gates triangle.

There are three other roads which are important and which we can still see today. If you look to north-east and just above the small Victoria Road you can see the words “CRES…”. One would assume that this is modern day Crescent Rise and Crescent Road and again we have seemingly the same road bend as the present day.

In the south west corner, you can clearly see “Middleton Road” which is probably what we now call Coniston Road and nearby on the opposite side of Alexandra Park Road you can just about make out a road marked “We…rill Road”. This is probably what we now know as Muswell Avenue. Wetherill Road, presumably the correct name, still exists but is now a much smaller road to the north of Muswell Avenue.

That’s it for the 1894 map. But before we go, please take one final look at it’s handful of roads and wide open spaces. Things are about to change. 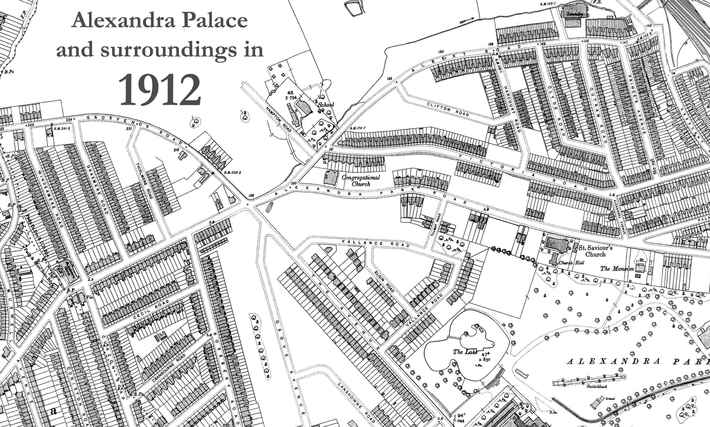 Wow, someone has been busy building! In the space of just 18 years the area which we know as Alexandra Park is now full of new roads with row upon rows of

Victorian/Edwardian terraced housing. Now it really looks like the present day. We have roads and avenues like Clifton, Harcourt, Clyde, Outram, Princes, Victoria and so on creating new neighbourhoods and the local population must have rocketed.

Just take a minute to have a good look at this 1912 map and the road that you live on or some of the neighbouring streets. Enlarge it and play with it and you will start to see some subtle details which can give you some clues to the past.

For example. I live on Harcourt Road and speaking to the neighbours (we have a lovely community on our road) we were all a bit puzzled because although most of the housing stock is Edwardian/Victorian about a quarter of the road is 1930’s type housing, so historically a big age difference. Theories like WW1 Zeppelin bomb damage were talked about.

Now if you look at Harcourt Road on the 1912 map you will see that there was a large amount of free space at the top and the bottom of one side of the road. And on the neighbouring Clifton Road there were barely any houses at all in 1912 (alright there were two!).

One would imagine that all this free space belonged to the developer (or another developer) who planned to build on it later. A sort of phase 2 development. But something obviously happened that stopped them building anytime soon.

Well the answer might be revealed in our final map - Alexandra Park in 1935. 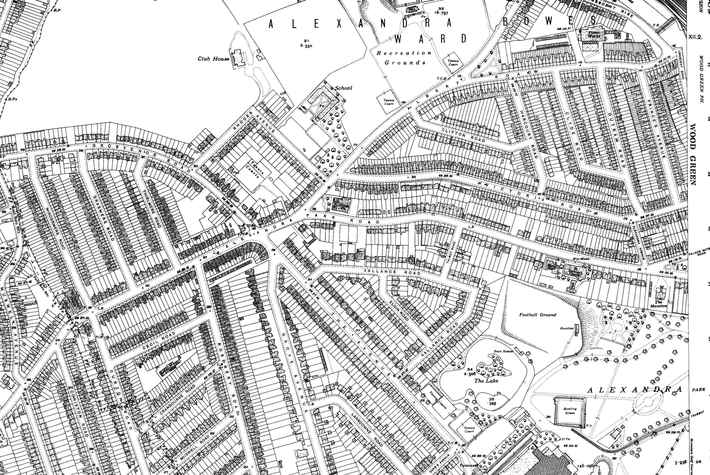 If you look at Harcourt Road again you will see that all the open spaces were now built on. And that Clifton Road which had been virtually undeveloped, was now full of houses. Now the later houses on Harcourt and the new houses on Clifton I would say are similar 1930’s type houses. Which makes believe that they were probably built at the same time and maybe by the same developer.

“Fascinating”. “I love all this stuff”.  “Very interesting indeed.”

Just coming back to why there was this big gap between phase 1 and phase 2 of the Harcourt/Clifton housing development? I don’t know the answer but apart from the possibility of the original builder running out of money, selling on the remaining land or even the great depression, I have one pet theory which I would just like to air.

I once spoke to a learned housing surveyor who said that during WWI a lot of the building trades people were conscripted. And during one of these really horrible battles such as the Somme - a huge amount of these skilled building workers were killed.

So, it could have been that post WWI there was just not enough builders left to carry on these projects.

It’s been a long journey but since you are still with me (I hope) let me entice you with one more nugget- the laundry!

Remember we saw it in the 1894 map. Now let us have a look at the 1912 map to see if we can find it? Yep it is still there. If you look at the top north east of the map, you will see that is to the north of where Outram Road meets Albert Road. In 1912 is still quite a substantial building. So what does it look like now? Well this is a photo of where the laundry used to be. The workshop like buildings on Albert Road complete with a huge chimney. By the way if you look at the 1935 map you will see that the laundry is now listed as a “Piano works”.

If anyone want to know any more about the fascinating story of the Wood Green and Hornsey Steam Laundry may I refer you to this series of excellent articles and postings below.

Thanks for travelling with me while looking at the past of Alexandra Park from 1894 to 1935. Please enjoy these maps and fill your boots finding out new things. If you have any discoveries and theories, please post them in the reply section below.

Ps In a couple of weeks’ time I hope to post my Local history – Part 2. What happened when I decided to investigate the history of the house that my family and I live in? We are talking archives, census, electoral role register – Who do you think you are? meets Location, location, location.

I will tell you how to research the former occupants of your own house in step by step details. Real local history giving you a fascinating insight in to the past. Watch this space.