On Tuesday evening the Friends of Broomfield Park hosted a marvellous performance of Shakespeare's 'Tweflth Night', with added songs and dances, by the Three Inch Fools theatre group. There were 5 of them (I think - wasn't easy to tell) playing far more parts than that, often with quick costume changes on stage, and lots of cross-dressing within the cross-dressing theme in the play - meaning the right clothes had to be in the right place around the 3 little stages they were using. Not just good comic acting, but good singing and playing - some not at all Shakespearean.

If you get a chance to catch them, they are great fun to watch, but they seem to travel half-way across the country from one day to the next for their gigs - always outdoors. In the winter they do cut-down Shakespeare in schools.

The nearest they'll come again this years looks like Knebworth on the 15th June. 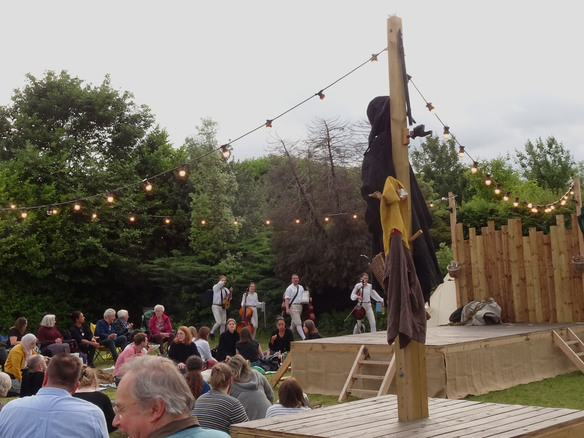 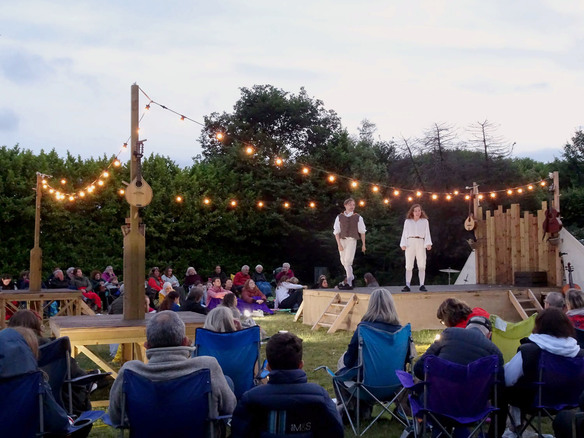 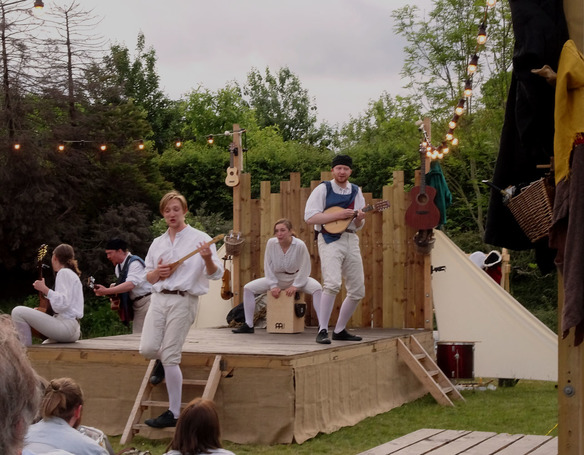 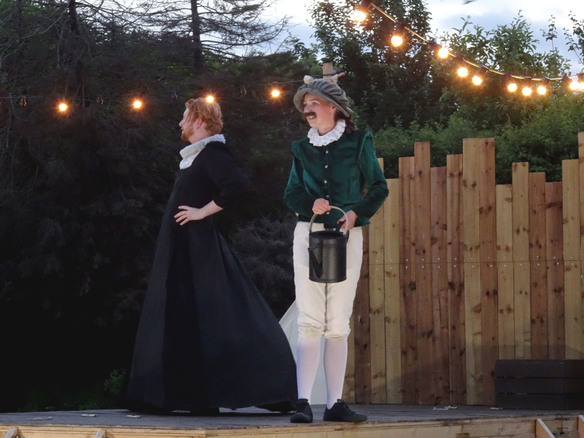 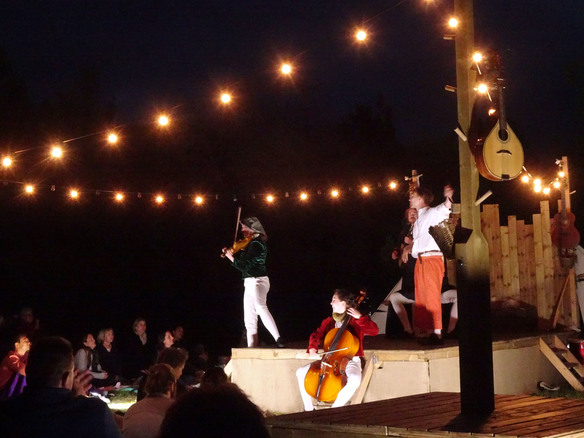 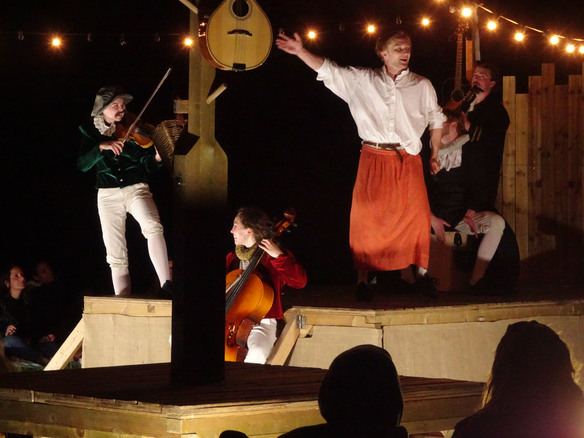